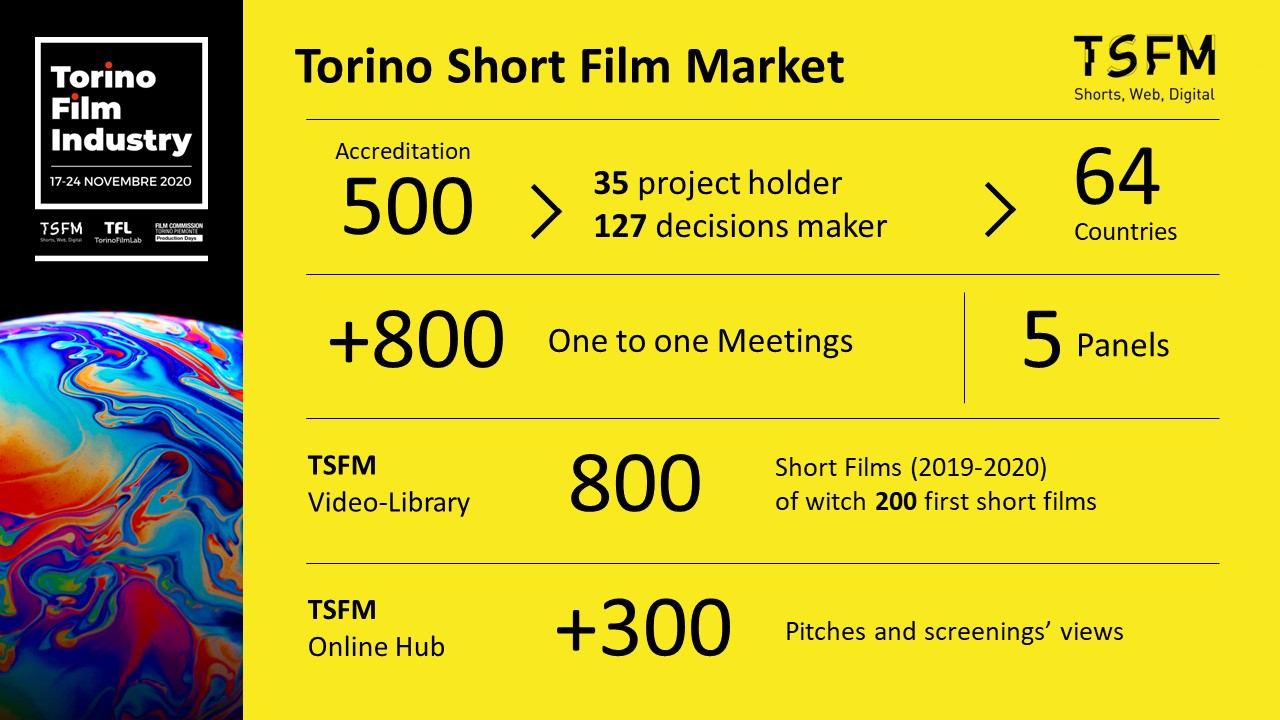 Torino Short Film Market's fifth edition, organized by Italian Short Film Center within Torino Film Industry's third edition, which took place online from 17-24 November, ends with a very positive outcome. It shows, indeed, the importance of this event and the growing interest in short films market. Using an online platform has been a challenge for TSFM, but it allowed the participation of guests from all over the world, regardless of distance and time zone.

Following the numbers of Torino Short Film Market Volume 5: 700 accreditation holders (half of which foreigners), 64 countries, 800 meetings, with an average audience of 60 people and around 800 short films in the Video Library, coming from 93 different countries, among which 200 debut films.

“In spite of what many people thought, Torino Short Film Market has been strengthened by the online format, as the figures show. For this reason, we are considering a hybrid future format for TSFM: live and online. The interest showed by major film industry workers in our event and the people's striving to participate are the greater reward for this extraordinary event” says Jacopo Chessa, founder of TSFM.

The intensive workshop on short film creation, held by Massimiliano Nardulli and Massimo D'Orzi, is one of 2020 most successful news. It has actually received many participants' positive feedback.
The workshop was addressed to all aspiring directors and/or screenwriters who are working on a short film project at an early stage. Moreover, it has given participants basic knowledge and useful means for screenplays writing and short films creation.

The overall outcome has been so positive that Torino Short Film Market is considering to enlarge itself scheduling events throughout the year, engaging with projects from all over Europe.