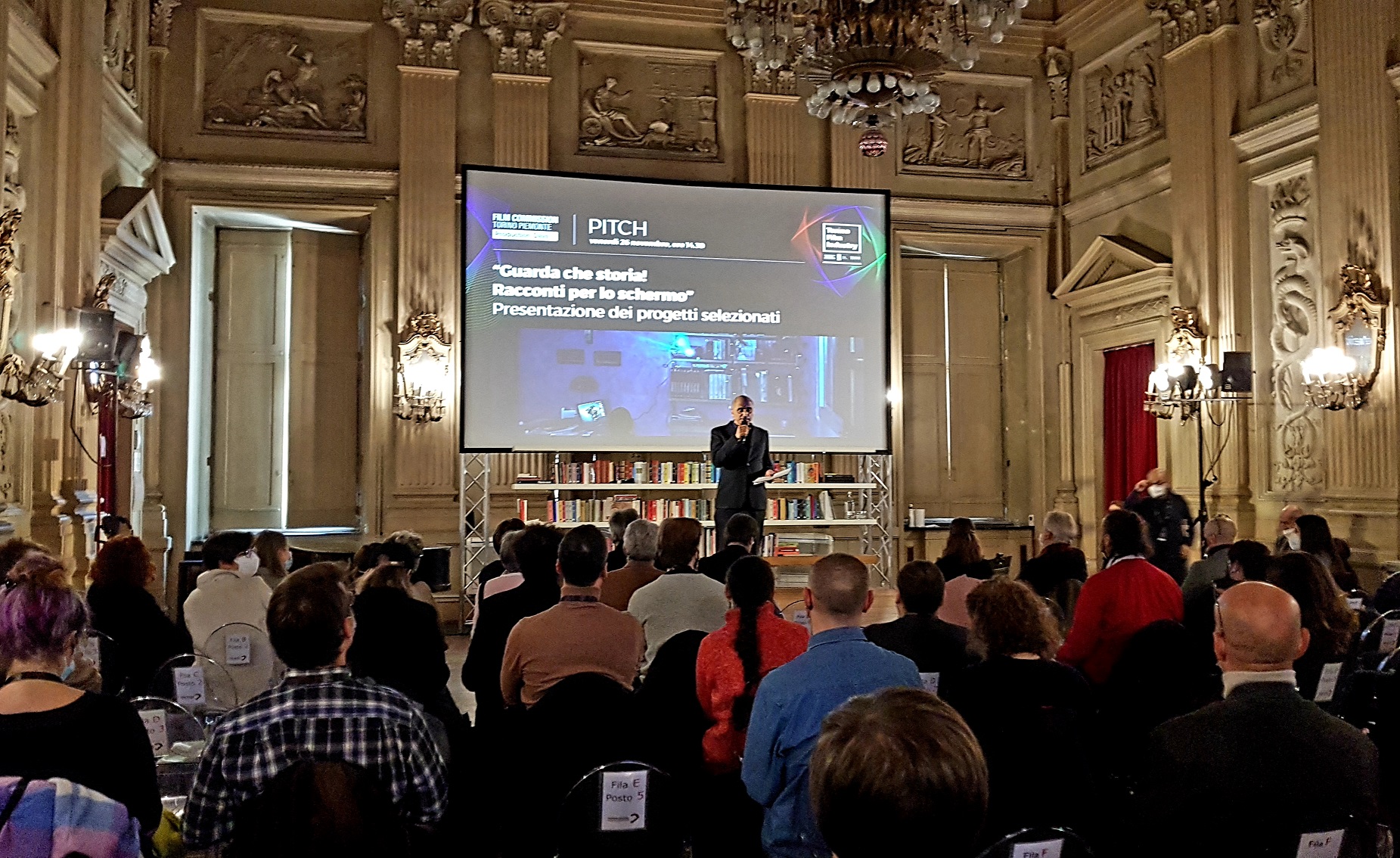 After 5 program-fillled days, the Production Days organized by Film Commission Torino Piemonte reached an end during the 4th edition of TFI Torino Film Industry, with great success and flow.

From November 26 to 30, the Museo Nazionale del Risorgimento and the Circolo dei lettori accepted Film Commission Torino Piemonte's challenge, that doubled the locations and thus the programming of the Production Days in a double TFI edition (both live and online), offering to its audience as many as 64 events.

The themes, the protagonists, and the meetings were able to intercept different productive sectors and engage the whole audiovisual branch: writing and cinematic adaptations, the great distribution along with the experience of "brave theaters", the professions of the cinematic set, the works in progress, the audience design and the communication. An intricate complex of activities that on one side brought under the spotlight, on the stage of the Museo Nazionale del Risorgimento, some among the biggest players of the Italian cinematic industry; at the same time it offered to accredited guests, in the rooms of the Circolo dei lettori, workshops for debate and education with several experts and professionals on a national and international scale.

An across-the-board coproduction meeting thought as a way to embrace professionals and decision makers of the audiovisual industry and simultaneosly students and young people who are just approaching the world of audiovisuals and cinema. 1.500 free accreditations were granted and more than 2.500 attendences over the 5 days of scheduling: to be noted the presence of about 180 speakers and about 200 students from all over Italy.

The proposal owes its richness and specificity to its numerous partners as well, which contributed to the success of this edition with their programming and contents: starting from Doc/It Associazione Documentaristi Italiani – which has for the past two years organized the Italian Doc Screenings Academy in the TFI environment, joined this year by the eminent forum of IDS Industry – along with Sotto18, Cartoon Italia, and Asifa which will give life to a new focus on animation, not to forget the Salone Internazionale del Libro and CNA Cinema e Audiovisivo Piemonte, which will contribute to the Production Days in a structured way for the first time - as a partner and sponsor - to strengthen the presence of the industry in the whole branch.

The numbers and the qualitative results of IDS 2021 also confirm the success of the work that Doc/it once again brought this year in Turin with the programming of its peak event. The scheduled talk in the Industry section opened important and urgent considerations with national and international guests, and the Academy section confirmed its attention to young documentary authors and directors, followed through an intensive training that ended with a pitching session in front of a crowd of decision makers of national importance.

Waiting for the online edition - which will take place from December 6 to 10 - TFI Torino Film Industry continues with TorinoFilmLab's Meeting Event and the Torino Short Film Market and will close its live edition on Saturday, December 4.

Whoever would like to register for the online edition - to access on-demand to a selection of the program and organize one-to-one meetings with the whole network of TFI Torino Film Industry accredited guests - will be able to do so from December 2, through THIS LINK.

For information on accreditations: